Area of ​​archaeological interest in Cagliari

The Roman amphitheater. Built between the 1st and 2nd centuries AD it is the most important of the entire island among the archaeological remains 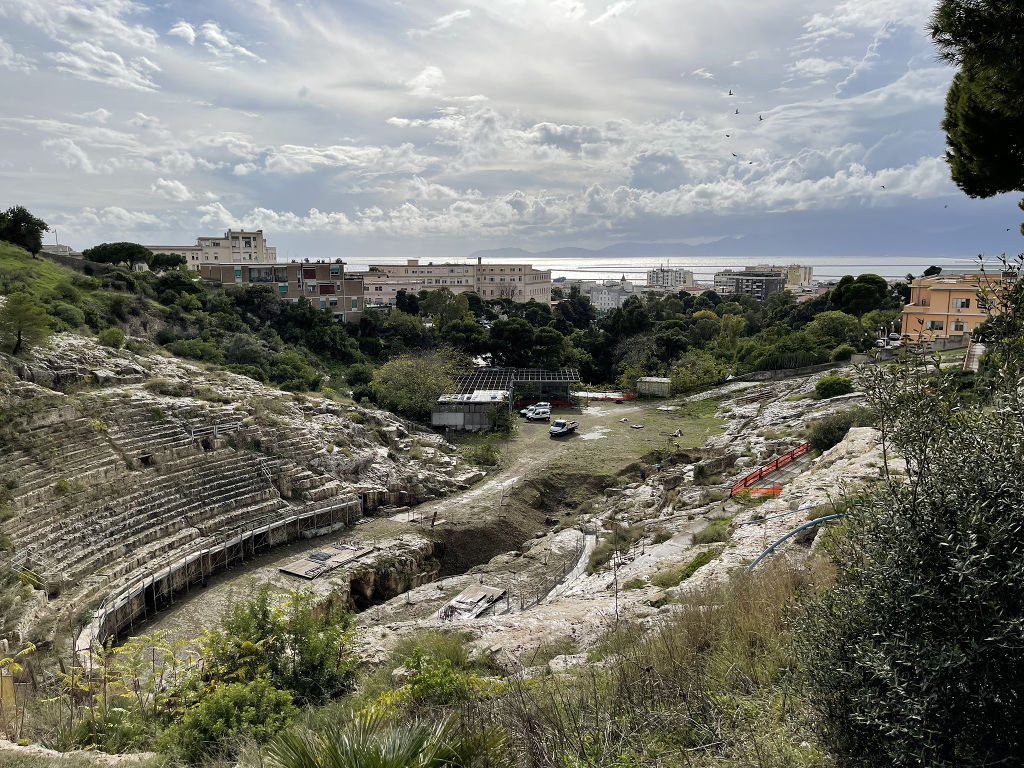 A few minutes' walk from L’isola che c'è stands one of the main historical and cultural attractions of the Sardinian capital. The Roman Amphitheatre undoubtedly occupies the top spot. Built between the 1st and 2nd centuries AD, this is the most important archaeological site attesting to imperial rule: part of the Roman Empire since the 3rd century BC, Sardinia - along with Corsica - was a province throughout the republican era and into the imperial age; both islands remained annexed to the empire until its fall at the hands of the Vandals in 456 AD.

Largely carved out of the rock at the foot of the Buon Cammino hill, the amphitheatre was originally more than 20 metres high and could accommodate 10,000 spectators, who occupied the three ranks of seating (ima, media and summa cavea) in accordance with their social status. The space presented combats between men and beasts, gladiator fights and theatre shows; it was also the official site for executions. The podium above the arena was reserved for illustrious citizens: women and slaves could only occupy the last row of seating. The corridors around the arena contained cages for the animals used in shows.

As Christianity spread, gladiator combat - a cruel and violent spectacle - became less and less popular. Its disappearance was accelerated by the gradual economic decline of the empire, as it became increasingly difficult to sustain the substantial costs.

A first step was taken by the Emperor Constantine, who in 325 AD eliminated the sentence ad bestias - in other words, death by dismemberment. Later Theodosius decreed the closure of gladiator schools and in 404 AD Honorius publicly and formally outlawed gladiator combat. With the end of this bloody custom, amphitheatres gradually became abandoned. In the Middle Ages the one in Cagliari was used was a quarry, the source of materials for new buildings in the city. This plundering was halted only in the 19th century by an initial attempt to save the site by the municipality, which commissioned Giovanni Spano - one of Sardinia's top archeologists - to recover the archaeological site. Today the amphitheatre is open to visitors and, in summer, is a venue for concerts and various events.

How to get there: from Viale Buoncammino head to the Bastione di San Filippo and then turn right into Viale Fra' Ignazio da Laconi.